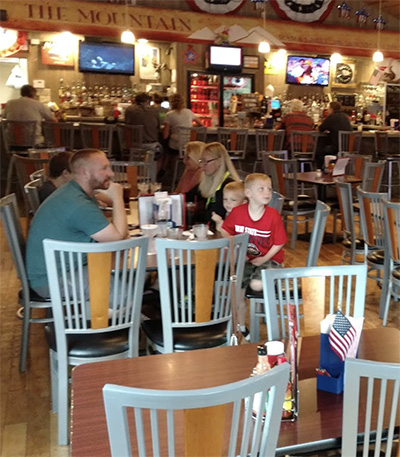 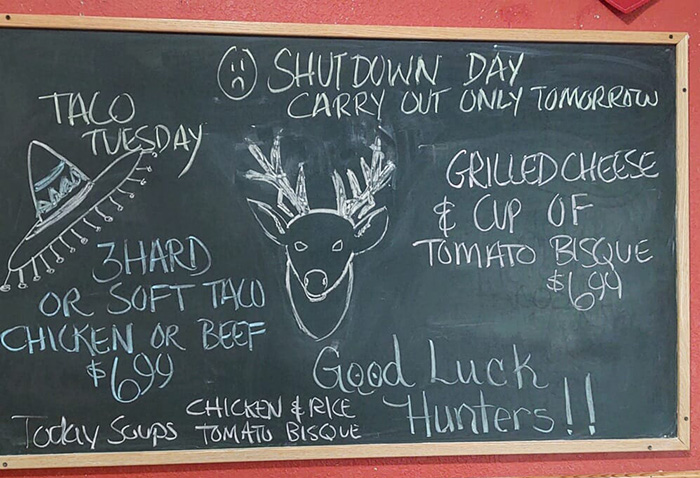 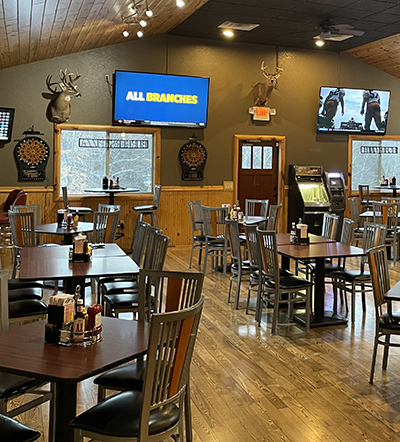 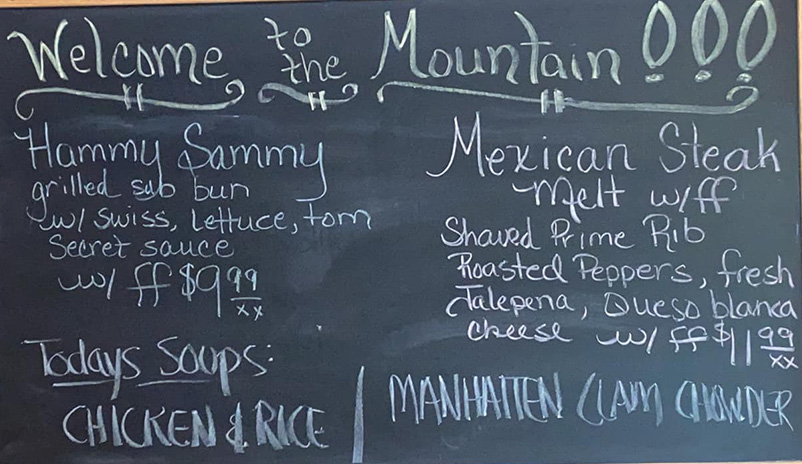 Check out our menu

Has been a destination for Michiganders since 1937

The Mountain Inn was opened for business on August 1st, 1936 by Oliver and Roseanne DeRocher. Rose was born in 1892 and raised in Black River. Oliver was 5 years old when his father brought his family from Canada to settle back in the 1890’s. Oliver and Rose met and were married October 10th, 1910. They had one son, Oliver Junior.

Oliver and Rose owned a 40 acre farm below the hill on Black River road. In July of 1931 Oliver and Rose were given another 40 acres from his father where he had lived as a boy. In 1936 U.S. 23 was being constructed between Harrisville and Chippewa Point dividing the property. In the booming days Black River village had several saloons but after the lumbering days were over the village saloons soon closed. Oliver and Rose had the idea to build a bar at the intersection of US 23 and Black River road.

The first bar was built there and opened for business in 1936.

On November 27 of the same year the bar burned to the ground and was soon re-built in the spring of 1937, this time with living quarters attached to the bar.

During World War II, the Mountain Inn was called “The swinging place to go”. People from all over the country would travel to the bar for social card games of Euchre and Smear, play the penny, nickel and dime slots machines and for dancing and socializing.

In the early years the Mountain Inn was referred to as the beer garden where beer, wine and pop were sold. In the 40’s it was a very popular for “Rosa’s” homemade chicken dinners served at the bar.

On October 15th, 1955, on a Saturday night with 15 people enjoying a drink, a fire began burning in the living area when a  line broke on the hot water heater spreading oil on the ground, which ignited. People helped fight the fire but being made of all wood it was a hopeless cause. An insurance settlement was reached in the amount of $14,000 and Oliver and Rosa’s goal was to try and re-open by November 15th, for the opener of deer season which was one of their busiest times of the year.

On November 1st a huge snow storm dumped over a foot of snow which set the construction back a few days. They built it in a record period of time in 5 weeks and on November 21st, 1955 the bar re-opened which is the same building that stands today.The business thrived thru the late 50’s and 60’s as the prime location for food, drinks and socializing. During this period the Mountain Inn had a great shuffleboard team which won numerous trophies. In 1967 Oliver Rose sold the bar. They had been the owners for over 31 years and were the only bar business in Michigan to be in the same location for that long of a period.

February of 2012 — Dan Gauthier and Jim DeRocher bought the Mountain Inn and did a 100% renovation.

January 2021 – New Owners, Anthony and Liz Jekielek, welcome you to the Mountain Inn!